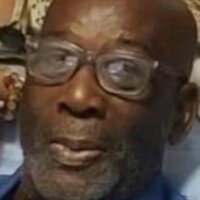 He was born in Kingston, Jamaica. After a private battle, he succumbed to colon cancer. He was affectionately known by his loved ones as Pa or Glenn. He moved to Ft. Meade, FL in 1966 and became a citizen of the United States of America on April 21,1978. He worked at Estech Mining as a labor worker and also was a long time fruit harvester. He is survived by his wife Antonia Dinnald, two sons: Glenn Dinnald Jr., Larry Dinnald, four daughters: Laura and Elsa Moreno, Donna Dinnald and Marisela Resendiz as well as his grandchildren and great grandchildren. He is forever in our hearts and will be greatly missed by all who loved him.