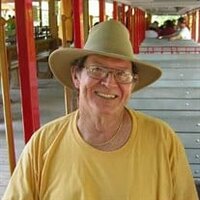 David Allen Butler, firstborn to Robert Butler and Helen Gallaher Butler, on March 6th, 1948 in Clearfield County, PA. He grew up in Pennsylvania and upstate New York until the young family moved to Cocoa/Rockledge, Florida in 1958. Dave passed away on Saturday, August 28th, at Winter Haven Hospital. He was 73 years old and has survived the heart attack of March 2017. Dave was preceded in death by his parents, and a brother Jerry. He is survived by his wife of 33 years, Judi Siekert Butler and sister, Cindy Butler, Partner Lynn, Mahaffey, PA along with her children, Richard and Emily. His brother, Brian and wife, Brenda, New Washington, PA and his brother Rob and wife, Heather, Leola, PA along with their children, Lizzie, Sutton & Holly. He is further survived by his daughter, Jennifer Neal of Louisville, KY and her children Kyle and Kayla and several other stepchildren besides Judi's daughter's Shannon (Kenneth Sell) of Lake Alfred and her children Marcus Von Eberstein and Alexis (Zac Meier), Thiensville, WI and Leigh Anne (Brent Ricks) and their son Gabryel of Orlando. His special friend, Kenny Cayson, who he considered a son from a different father. He is survived by PA cousins and other relatives as well as many, many friends and acquaintances. Dave attended schools is Brevard County and Cocoa High School. He was drafted into the Army after high school and served his tour in Vietnam until there were not enough guys left, he finished in Germany. When he left the military, he bought his first big rig and drove an 18-wheeler for several years. Over the years, Dave worked many jobs as a mechanic with the last 30 being a heavy equipment mechanic for Hubbard Construction, Harold McDanial @ ACHMAC, US Shoring and Randy Wright at Wright's Excavating. Dave loved having a Crew Cab Dually and a Harley, his Lionel trains. Over the years he built a lot of porches, gazebos, ect. He didn't need no stinkin' blueprint to build or do electrical. He loved all the beachside restaurant hangouts. He loved our Cape Caribe timeshare in Cape Canaveral. He Thought he was not a social butterfly, but he loved gathering with friends for good food and good drinks. He had many favorite places, over the years-Little Darlin's, Baja Beach Club, Grille's Squid Lips, Canoe Creek Sports Tavern, Long Doggers and Sidelines. He will be dearly missed by many.